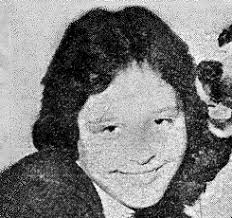 Tracy Browne lived in the village of Silsden (often referred to as 'Cobbydale' by locals) on the edge of the moors. Tracy lived with her parents, Anthony and Nora Browne and 3 sisters, one of whom was Tracy's twin. They lived on Upper Hayhills Farm, which is a little way outside Silsden. It sits on a long, steep, road that leads out of Silsden and on towards the moors.

Mandy started the walk home, whilst Tracy hung back to chat to friends. Tracy was soon left behind and began the mile walk home.

Tracy had difficulty walking as she was wearing fashionable platform shoes. She stopped to sit and take off her shoes.

As Tracy was ready to start walking again she was joined by a man (later to be known to be Peter Sutcliffe, the Yorkshire Ripper) who she described as:

Sutcliffe walked slowly ahead - but Tracy soon caught up with him. They chatted as they walked.

Tracy said she had no reason to think that she was in a dangerous situation.

As they neared the farm Sutcliffe was hanging back a little. As Tracy turned to thank Peter Sutcliffe for his company he started to assault her. Tracy was hit five times on the back of the head with a ball-peen hammer. It smashed her skull, leaving her stunned and covered with blood - but still conscious.

As the attack was taking place a car started to come up the hill. At this point Sutcliffe threw Tracy over a fence and ran away.

Tracy somehow managed to get to her feet and started running over the fields. She first came to a farm hand's caravan where she cried for help.

Tracy was rushed to Chapel Allerton Hospital in Leeds where she underwent five hours' emergency neurosurgery. Splinters of bone were removed from her brain.

Detective Superintendent Jim Hobson, head of CID in Leeds, was assigned to the investigation.

Tracy worked with Jim Hobson to produce a photo-fit of her attacker: 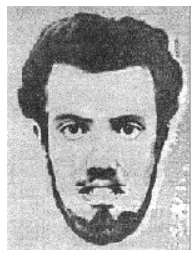 This is an amazing likeness of Peter Sutcliffe, the Yorkshire Ripper.

This picture was also verified by an eye witness who reported a man hanging around the village near a Ford Car.